The dunes all around the Sossusvlei

It is believed that the sossusvlei dunes were formed around five million years ago.

Coloured by iron oxide sand was washed from the Orange River in the Kalahari towards the sea. The Benguela Current drove the sand north, all the way to the town of Luderitz. Blowing inland northwest, winds caused a distribution of the sand and the formation of the dunes.

The Namib dunes consist of colored quartz sand and shimmer in different colors, the more intense the shade of red the older the dune is.

The dunes lying around the Sossusvlei are called parabolic dunes or star dunes because they extend downwards from the pinnacle of the dunes in different directions. This creates dunes up to 50 kilometers wide.

According to research, the star dunes migrate up to 10 meters per year. The Namib dunes are among the most stable representatives of their kind rising  from the 100 meter high sand dunes in Tsondab said to have been created  from 20-40 million years ago and then fossilized.

The heavy iron-rich sand is quite close to bottom of the dunes. The lighter sand on the crest of the dune is continually reshaped by the consistent wind. Particularly well known is the dune called “Big Daddy” that rises imposingly above the vlei. During a visit to Sossusvlei a climb to the crest of the dune is a must, because from here you have an amazing view over the dunes and the surrounding Vleis. The slippery sand makes the task of climbing the dunes a difficult task but view from the top and the fun sliding down makes it worth all worth while. 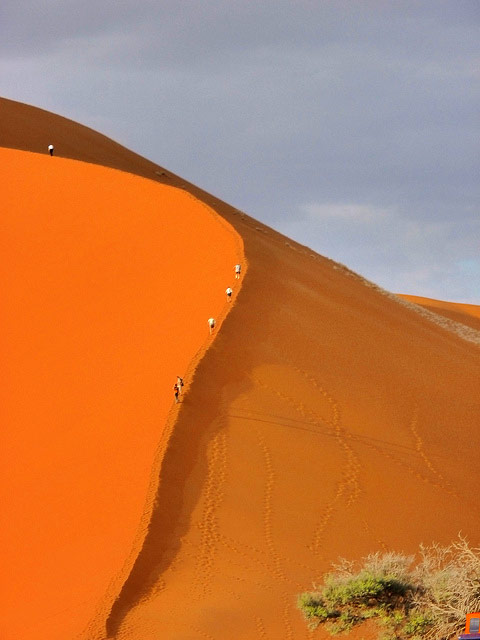 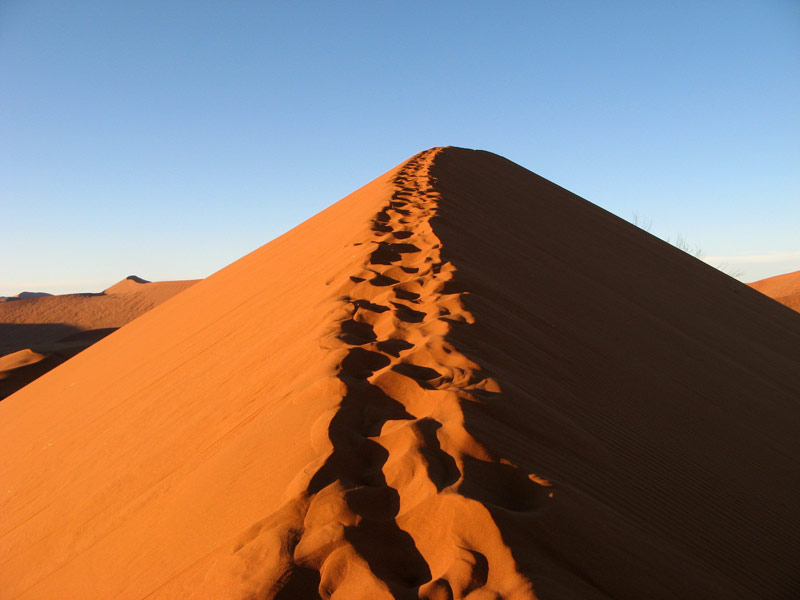 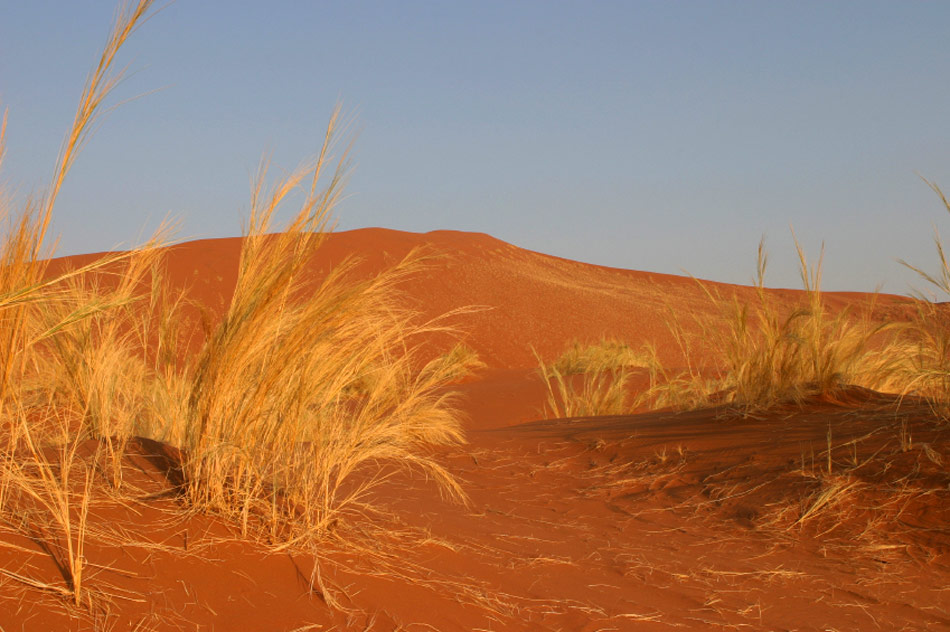